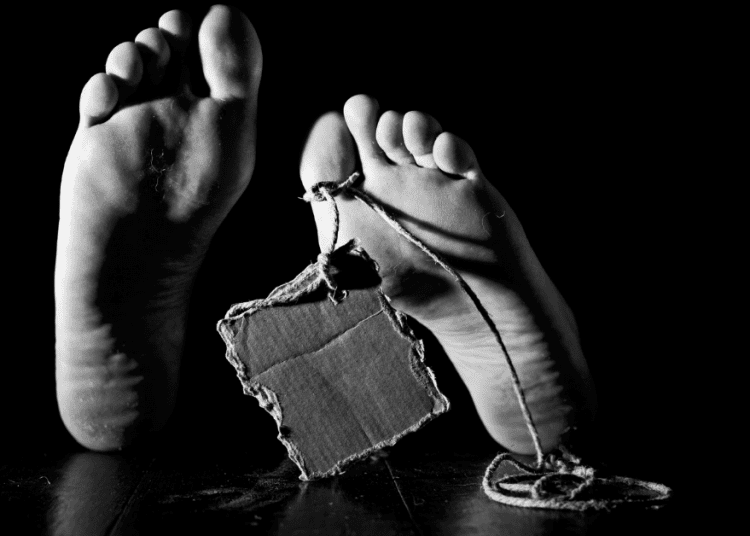 ATLANTA, Ga. — Thomas Renz, an Ohio-based attorney, said at a conference in California last weekend that he is filing a federal lawsuit on behalf of a whistleblower from the Centers for Disease Control (CDC) who is claiming there are at least 45,000 deaths from one of multiple reporting systems that report to the Vaccine Adverse Effect Reporting System (VAERS), which is maintained by the CDC.

The most recent data dump from VAERS showed 11,988 deaths, including 997 deaths among unborn babies, linked to the COVID-19 shots through July 9. That comes after jumps in the death count of 2,063 and 1,943 the previous two weeks.

But, according to Renz, that is a vast undercount of the deaths. He said with the aid of America’s Frontline Doctors that he’s filing a lawsuit on behalf of a CDC whistleblower who has apparently signed a “sworn declaration, under the threat of perjury.”

“I know based on this woman’s testimony … that there have been 45,000 deaths based on how many people died within three days of the vaccine, in just one system that’s reporting to the federal government,” Renz said. He added: “And let me tell you what, there are reportedly around 11 or 12 systems that are reporting deaths and injuries to the government.”

Renz has filed multiple lawsuits concerning COVID-19, including one in May of this year seeking a temporary restraining order to stop allowing the experimental vaccines to be given to anyone 16 or younger.

In Sept. of 2020, Renz filed a lawsuit against Ohio Gov. Mike DeWine for his lockdown measures.

“We believe that the response to COVID-19 has been the greatest fraud ever perpetrated on the
American public. The objective of this legal action is to force the state to honor the Constitution and to stop the lies, manipulation and fearmongering intentionally being promoted by public health officials and elected officials,” Renz said in a news release.

Regarding the vaccines, the current 11,988 dead according to the VAERS report still makes the COVID-19 shots the deadliest vaccine ever made but the media has largely ignored it.

Dr. Michael Thau, for Revolver News, wrote last month: “You would hope that if a new vaccine wound up getting more death reports in five months than all the others combined over the entire previous 28 years, that might warrant some attention. Think Again.”

“An army of journalists and self-proclaimed fact-checkers stand ready to besiege anyone who dares to report on this astonishing data. Not only is there nothing to see, suggesting otherwise makes you a conspiracy theorist or far-right extremist, according to our betters in the fake news media,” Thau added.

Thau noted journalist Alex Berenson who has exposed some of the flaws with the VAERS reporting system. Berenson tweeted in April: “A clue to how bad the VAERS backlog has gotten: This person submitted a report in late Jan., a quarter-million reports ago. She received an automated reply asking for more information TODAY.”

Virginia Stoner provided graphs and charts in May showing just how large a spike in deaths there have been compared to all vaccines previously noting: “We’re not talking about a modest increase in death reports, something we might chat about in concerned voices over Chai tea and bagels at a company mixer. We’re talking about a huge and unprecedented increase — so massive that in the last 4 months alone, VAERS has received over 40% of all death reports it has ever received in its entire 30+year history. So massive it’s literally ‘off the chart.’”

“Even with the COVID-19 shots, the estimated total vaccines administered so far this year is less than the yearly average — because we are only a quarter of the way through this year. No doubt the vaccine count will climb much higher by the end of this year, but it’s not the reason for the massive increase in VAERS death reports over the last 4 months,” Stoner adds.

Dr. Peter McCullough, one of America’s top-published medical researchers, is warning that the government is scrubbing death numbers from the shots.