Is Nancy Pelosi The Biggest Threat to America As We Know It? 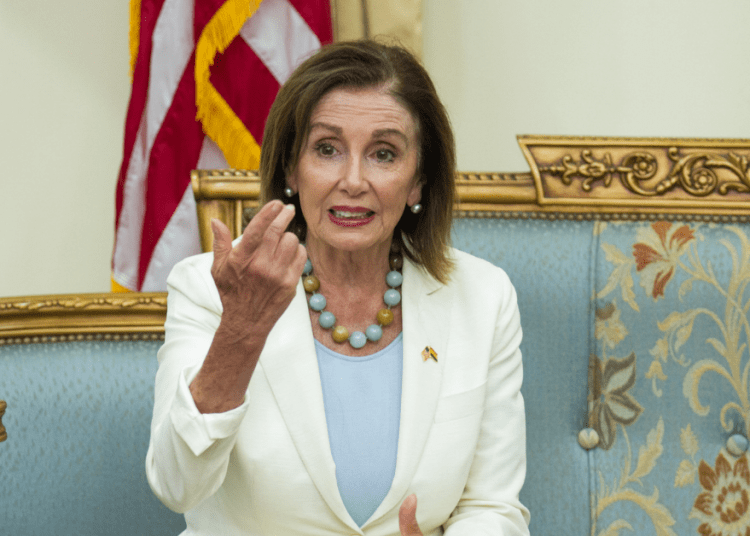 WASHINGTON — House Speaker Nancy Pelosi has continued to push forward with her committee to investigate the events surrounding the events on January 6th at the US Capitol. Republicans have insisted on a bipartisan commission if there was an investigation to take place.

House Minority Leader Kevin McCarthy nominated five people to serve on the panel, but Pelosi rejected two of them. Why? Because she is scared.

Pelosi and Democrats have been scared of anything that could stand in their way of fabricating a story that continues to attack former President Donald Trump and any of his supporters. That’s exactly what this commission is set up to do. They have the commission stacked with people on the radical left who have labeled Trump and any of his voters as anti-American and a threat to America.

But it seems like the real threat to America is not coming from the Republicans, but rather the Democrats.

One said that this commission was impeachment three for Democrats. The other recently traveled with Trump to the border where he helped outline the absolute disaster at our southern border that the Biden administration has created. That did not sit well with Pelosi and the narrative that the left wants to create.

Rep. Bennie Thompson (D-MI) who chairs the committee, said that the move was to prevent any sideshows from happening according to The Associated Press. That sideshow is any narrative that the Democrats do not want or like.

If it’s not obvious enough from Pelosi’s actions that this is about the narrative, take that very AP article into account. They attempt to turn the story into a blast of Trump supporters and talk about the law enforcement officers that either committed suicide or had medical conditions and died after the events. It is certainly telling that they want to mention the name of the officer who passed, but not Ashli Babbitt.

Kevin McCarthy is correct, Pelosi’s act is an egregious abuse of power. But you have to give consideration to where this is coming from. It’s from Nancy Pelosi.

Kevin McCarthy: “Speaker Pelosi has taken the unprecedented step of denying the minority party’s picks for the select committee on January 6th. This represents something that has not happened in the house before for a select committee…it’s an egregious abuse of power.” pic.twitter.com/B2AKGWtLUe

That’s the part that has to be considered here. Not that this is from anyone on the radical left, but specifically Pelosi. See, Pelosi believes that she is running the country right now and for all practical matters she very well may be.

We know that Biden is not running the country as he cannot put two sentences together. Outside of planned stops and events, Vice President Kamala Harris has remained largely silent as well in recent weeks. No doubt it has something to do with her recent Texas coronavirus exposure and horrible handling of everything that she has been assigned by Biden.

So who is calling the shots? Well, that leaves it to Pelosi. She has always believed that her power extends far beyond the bounds of the Speaker of the House. She has forced her will and way the entire time that she has been in leadership.

She is effectively removing the representation of over 74 million Americans that voted for President Donald Trump. She is removing anyone that may believe differently than the Democrats as part of the investigation. It’s easy to come to a conclusion when everyone believes the same that is conducting the investigation.

We have often talked about the threat that Biden would be in office because he is a political pawn. Now you are seeing that take place before your eyes. Perhaps Nancy Pelosi is truly the biggest threat to America as we know it.

Go Ahead, Make My Day