Over-the-Counter Ivermectin? It Could Be Coming to a State Near You—Despite FDA Concerns

by Patrick Carroll
in Syndicated 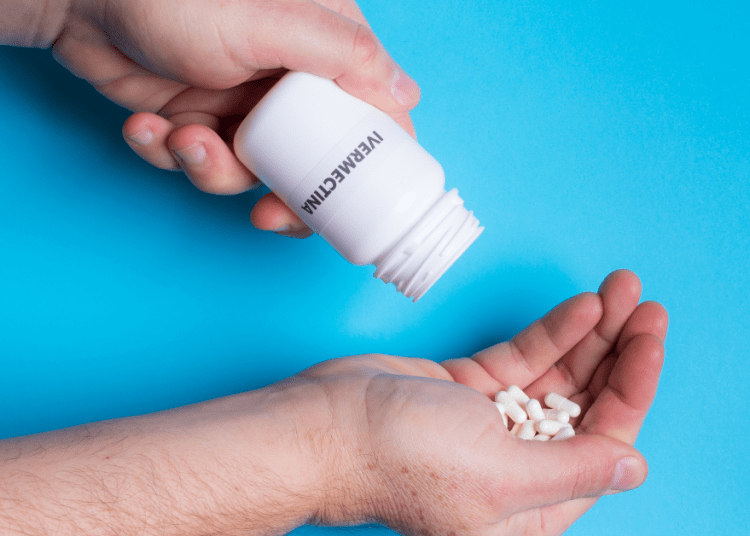 A new bill in this New England state would allow residents to get ivermectin directly from pharmacies without a prescription.

A new bill recently introduced in New Hampshire would allow residents to get ivermectin from pharmacies without first getting a prescription or approval from a doctor. The legislation, titled House Bill 1022, is still in committee, but the state House of Representatives is slated to vote on it in the coming weeks.

The purpose of the bill is to provide wider access to ivermectin for those who want to take it as a treatment for COVID-19. Thus far, the Food and Drug Administration (FDA) has not approved the drug for treating COVID-19, but many believe it is an effective treatment and are eager to have it on hand should they be infected with the virus.

Though the FDA has not weighed in on this bill in particular, the agency has made it clear that they have serious concerns about the use of ivermectin for this purpose.

“The FDA has received multiple reports of patients who have required medical attention, including hospitalization, after self-medicating with ivermectin intended for livestock,” they write on their website. “Currently available data do not show ivermectin is effective against COVID-19,” they continue. “There’s a lot of misinformation around, and you may have heard that it’s okay to take large doses of ivermectin. It is not okay.”

The caution isn’t only coming from the FDA, however. As Newsweek reports, “a number of medical experts testified in opposition to the bill during a legislative session [in January].”

Part of the opposition is undoubtedly due to concerns about safety and efficacy, but there are also concerns about what the bill specifically allows and requires. To address these, the House committee is considering certain bipartisan amendments, such as “requiring that patients who receive the drug are informed that its use for COVID-19 is ‘off-label’ and setting guidelines for tracking any adverse effects.”

Though ivermectin received very little attention when the pandemic first broke out, its use in treating COVID-19 has become increasingly well known, and, in recent months, polarizing. In particular, the drug garnered significant public attention when comedian and podcaster Joe Rogan disclosed in September that he was using it to treat COVID-19 after getting a prescription from his doctor.

Rogan’s announcement led many CNN commentators to claim he was taking “horse dewormer”, since the drug is often used to treat parasites in horses and other livestock. This was misleading, however, since the drug is also approved for human use to treat certain infections.

The whole spat came to a head when Joe Rogan interviewed Dr. Sanjay Gupta, CNN’s chief medical correspondent, in October. “Does it bother you that the network you work for out and out lied, just outright lied about me taking horse dewormer?” Rogan asked Gupta. “They shouldn’t have said that,” Gupta replied. “Why did they do that?” Rogan pressed. “I don’t know,” Gupta responded.

CNN’s rhetoric aside, the question of whether it’s appropriate to prescribe ivermectin to COVID-19 patients remains divisive. A doctor in Virginia, for instance, recently resigned from his position at a medical school after losing a court battle over whether he could prescribe ivermectin for COVID-19. Meanwhile, a doctor in Minnesota who recently served in the Minnesota Senate and is now running for governor is under investigation for prescribing the drug to COVID-19 patients. And in Canada, a doctor has had his medical license restricted because of his views on COVID-19, and one of the restrictions is that he is not allowed to prescribe ivermectin.

Despite the pushback, many doctors in the US continue to prescribe the drug for COVID-19. One such physician is Dr. Joseph Varon, who is the chief medical officer at United Memorial Medical Center in Houston. “My love for [ivermectin] is based on my personal use and good outcomes my patients have had,” Dr. Varon told the Houston Chronicle back in August. “Once you see it work, it is difficult to deny its usefulness.”

But while many doctors support the treatment, many others are strongly against it. For instance, Dr. A. Clinton White, a professor of infectious disease at University of Texas Medical Branch, has said many of the trials that seem to show the benefits of ivermectin were “deeply flawed and likely reflected biases.”

This statement about the trials is worth noting, because it gets at one of the core problems with the whole debate. The problem is that the safety and efficacy of this treatment is fundamentally an empirical question, one that most of us simply aren’t qualified to speak to. Typically, the solution to this problem is to rely on experts who can interpret the data for us. But when the experts themselves disagree, there’s not much we can do except hope that the results of future trials will be more conclusive.

But while the jury may be out regarding the empirical data, the ethics of making this drug available are a completely different question, and this is a question lay persons can weigh in on.

The Ethics of Medical Freedom

The argument for allowing people to access ivermectin, or any drug for that matter, rests on the principle of self-ownership. As Murray Rothbard explains in For a New Liberty, “the right to self-ownership asserts the absolute right of each man, by virtue of his (or her) being a human being, to ‘own’ his or her own body; that is, to control that body free of coercive interference.”

This may sound simple enough, but it has profound implications. If you really own your body, that means you and you alone have the right to decide what goes in it and what doesn’t. If someone coercively prevents you from taking a drug, they are effectively saying they have a higher claim on your life than you do. And that holds true whether that someone is acting by themselves or on behalf of a government.

“When we give government the power to make medical decisions for us,” said Ron Paul, “we in essence accept that the state owns our bodies.”

Another phrase that’s often used for the self-ownership position is bodily autonomy. Notably, the word “autonomy” comes from the Greek words auto, which means “self”, and nomos, which means “law.” So in essence, autonomy is about having a “self-law” or being “self-governing”.

Now, many people give lip service to the idea of bodily autonomy with phrases like “my body, my choice.” But holding that principle consistently means removing all restrictions about what people can do with their body. After all, you can’t be “self-governing” if you’re simultaneously being governed by other people.

Of course, some people will use their freedom to make bad choices and will have to suffer the consequences, but this is nothing new. We let people take all sorts of health and safety risks out of respect for their autonomy, such as with diet, alcohol consumption, smoking habits, and extreme sports.

And while some people may use their freedom to make bad choices, many others will use it to make good choices that the government is currently preventing them from making, such as taking drugs that could save their life.

Now, whether ivermectin is one of those lifesaving drugs is currently up for debate. But what shouldn’t be up for debate is each individual’s right to make their own medical decisions.