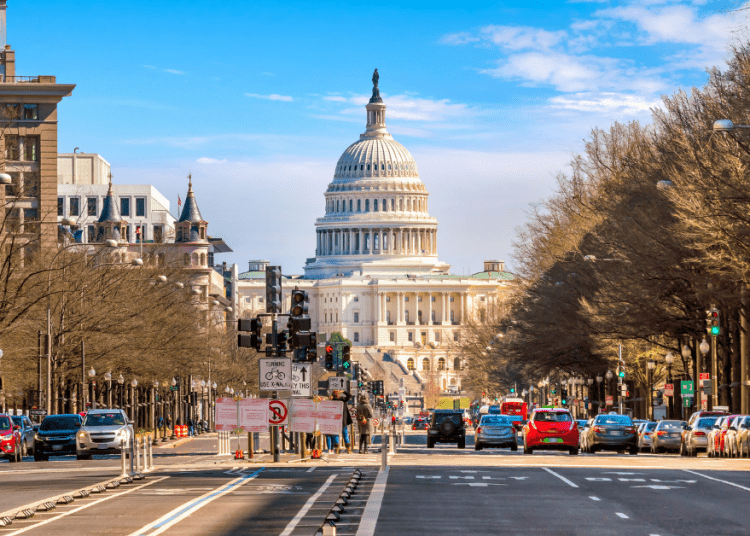 Charlotte, NC — While the radical left would like you to be watching coronavirus numbers, standing in line to get your vaccine, or even standing in line to get your weekly allotment of rations, Americans should be paying attention to Washington, DC. Buried beneath many headlines over the past few days are some interesting statements by police leaders in Washington who say they are preparing for another attempt at insurrection by “Trump supporters.”

By now, I think we have all realized that the majority of the people who went to Washington in January were not there to kill, destroy, or cause issues that day. There were some bad actors as part of the group, sure. There are still countless questions that authorities have failed to answer from that day as well. Does the name Ashley Babbit ring a bell?

In either case, The Associated Press is reporting that Police are “ready” for a rally in support of the Jan. 6 protesters, who the media continue to call rioters. But by the radical left’s own definition, these were simply peaceful protesters in January that were looking to have their voices heard, right?

The AP article talks about how there is a continued push to “rewrite the narrative” surrounding the Jan. 6 events. I don’t think there is any push to rewrite the narrative. The push is to learn the truth and hear both sides of the story. After all, the event in January was about election security and we continue to find more and more evidence of election fraud and irregularities in the 2020 election. The event was to push Congress to investigate the issue, which it did not do.

Reuters continued the push by sharing photos of the new Washington, DC police state, where everything in town is behind unscalable fences. The Reuters story says, “Members of the right-wing groups the Proud Boys, Oath Keepers and Three Percenters are among those charged with storming the building.”

This is true, but then the article quickly transitions to mention Trump’s name. It’s just another attempt by mainstream media to tie Donald Trump with the events of that day. They know that the more people hear the names tied together, the more they will believe they are connected.

Media Matters, the radical left-wing, George Soros funded organization, says that this event on Saturday is just a distraction from the “attempts to undermine democracy.” The site claims that the real threat is happening at the state level, like in Pennsylvania where attempts to push a forensic investigation of the 2020 election continue to move forward.

Why are left-wing groups so adamant that we cannot investigate the election of 2020 for legality and corruption? What are they trying to hide? The Democrats are all about pointless investigations, which is what they want to try and call these election investigations.

They are all about wasting millions of taxpayer dollars on an investigation that proves pointless. Remember the Mueller report? Remember their multiple attempts to investigate and impeach Donald Trump?

I certainly hope that the event in DC on Saturday goes off without any violence or chaotic events. But if there are any incidents, Americans better be paying attention, because you better believe the radical left will take their tyranny one step further.

Milley has nothing but ridiculous excuses